Mistakes We Made When We Started Our Fitness Journeys

By Sue and Alex Bush

In this article, Coach Sue and Alex take you through the mistakes they made when beginning their fitness journeys.

Fitness all started for me (Alex) around the age of 13 or 14. I was extremely small compared to my friends and my baseball and football teammates.

As a freshman in high school, I vividly remember having to put our weight down on a sheet of paper before and after practices. The coaches wanted to make sure we weren’t losing too much weight during two-a-days. I would lie my ass off because I didn’t want my friends to know how little I actually weighed. I’d add 20 pounds like they could tell that I didn’t have that much on me. I’m pretty sure that the athletic trainer probably laughed to himself every time he saw those numbers.

Regardless, my eating habits at the time were essentially eating everything I possibly could. I didn’t understand anything but calories, and it was a matter of just reaching that marker; thus, it was a lot of mass gainer shakes, drinking a half-gallon of chocolate milk. Before bed, I’d down 16-ounce containers of cottage cheese mixed with two cans or packets of tuna.

The reason I started it was because my weight was skyrocketing in the morning. I had a ton of calories right before bed and not going to the bathroom before I got on the scale because I knew it would influence it. I kept with this in hopes that every pound that was showing was muscle. In my mind, that’s what was transpiring.

I brought a lunch box with me to school and have a different meal for all seven class periods each day. Did I ever finish any of the food? No. There was no way. My mom would make me PB&Js for some of them; others would be ramen noodles and chicken (sometimes I’d eat 4-5 packs per day).

We all start out thinking we know everything and inevitably learn that a lot of what we know is wrong. Here are the most common misconceptions we fell into, and hopefully, they help you avoid or rethink your approach to fitness now:

In the early days of Physique Development, Austin Current and I were all about the IIFYM trend. We were both extremely active – myself playing baseball and Austin working three jobs – on top of school. And we worked out far too frequently (twice a day or sometimes 3-hour training sessions).

We also probably ate around 600 grams of carbs daily – which meant a lot of cereal, candy, ice cream. We would hoard for the evenings to have these 200-300-carb ice cream balls that we’d showcase eating right before we went into the gym…which looking at now, it’s ridiculous #health

You can see proof of it in some of our oldest YouTube videos.

My thought process when I first started training a lot sounded something like this:

“You can’t do enough or too much, so let’s keep piling it on. The more we do, the stronger I’ll get and the more muscle I’ll build.”

Now, we all know that’s not quite how it works. Maybe when you’re still in the newbie gains phase. But this “ignorance is bliss” phase was the beauty of fitness for me in the beginning. There are times where I wish there weren’t social media when I fell in love with strength training because social media accelerates the lack of knowledge and puts you in front of beautiful physiques who’ve been training for 10, 15, even 20 years. You think, “I’m doing something wrong because I don’t look like them.” It becomes a constant comparison battle.

For myself, I honestly thought I was going to look like Mr. Olympia Jay Cutler (not the quarterback for the Chicago Bears). All I had to do was use the supplements he promoted (I promise you, I used every one of them), train like he did, and eat like he did. As you can tell, that’s not really how it works.

BUT, it was super beneficial for me to start getting a whole hell of a lot of protein in (more than I needed, honestly) and excess volume in training. That ignorance was fantastic for that foundational period to really fuel me – not necessarily the best way – but still fueling myself better than I could have.

I (Sue) might have this whole dieting thing figured out now, but let me tell you…it wasn’t a pretty beginning, that’s for sure!!

Before I got certified and buried myself with all the info, my view of fitness and understanding of health & wellness was minimal. I basically just thought you go through a diet, lose the weight, and it stays off forever, and you never gain a pound back if you do it correctly. I never really thought about what to do after dieting. My only focus was getting through the diet.

Being a college student, I gained some weight because I’d never had the freedom to make or buy whatever food I wanted before. I was drinking a lot of alcohol at that point, too, so that didn’t help. My solution was to bottom my calories immediately instead of slowly decreasing them. If you’ve ever done the quick diets, know that you are 100% not alone.

Whenever I had a formal coming up, I wanted to look good, of course, so I turned to the military diet. It’s essentially a 3-day diet that claims to help you lose 10+ pounds. You might think, “I’d do that!” But trust me, it’s not a good thing to do or to lose weight that fast. The diet consisted of grapefruit and boiled eggs, but you could also eat hot dogs and ice cream…it was so weird. All I understood was that if I followed it, I’d lose weight.

But then I’d come back from the formal and feel bloated and unhappy in my body, wondering what just happened. I just lost this weight. How did I bounce backward? It was this cycle of gaining and losing this same 5-10 pounds because I didn’t have a plan in place and didn’t understand food.

It wasn’t until I learned about competing that I started to understand what reverse dieting is, and now it makes so much sense in my head.

We all start somewhere. If you struggle with yo-yo dieting and want to grow your knowledge of food, I suggest starting with a coach, and I can help.

Once I learned about macros, it was like my whole brain exploded because I’d always demonized certain foods – now I could eat ice cream and lose weight?! I’d just discovered gold because I could eat Cookie Crisp and still get shredded.

My parents never engrained food restrictions in my head when I was growing up, which I’m thankful for, but it put me in this palace where I just assumed that the people I saw eating healthy at that time had no flexibility. They were very rigid and ate food that I thought was gross. So I just assumed, “If I want to be healthy or fit, I have to eat those foods.”

So when I started IIFYM, I started eating all of these crazy, not-super-healthy foods to prove that they could fit into my macros. And as someone with gut issues in general and then trying to make everything macro-friendly was quite a disaster.

Looking back, I was trying to prove that fitness wasn’t as dull as I thought it was when I first started: “Fitness doesn’t have to be tasteless chicken and vegetables. It can be ice cream and a protein shake.” It’s funny because now, I mostly eat healthier foods like chicken and rice because I want to optimize my internal health, but I also found how to season foods so that they actually have taste.

The Journey is the Destination

Now, I think it was so cool that I started in fitness with no idea about what I was doing and just had so much excitement for it. I don’t regret any of the mistakes. Sure, sometimes I wish I’d started this or that sooner or stopped acting like I just needed to consume 1100 calories a day, but whenever I get into those thoughts, I remind myself about how much I’ve learned through those experiences. And at the end of the day, I can’t be mad at myself for lacking knowledge. You don’t know what you don’t know.

Think of your beginning stages as something to be thankful for. If I started my fitness journey knowing everything I know now, I would completely over-think myself out of any results because I would try to make everything perfect – and things never will be.

So START and get after it without the minuscule details of “I should be doing this” or “this isn’t perfect.” Make the mistakes, learn from them, and get better. 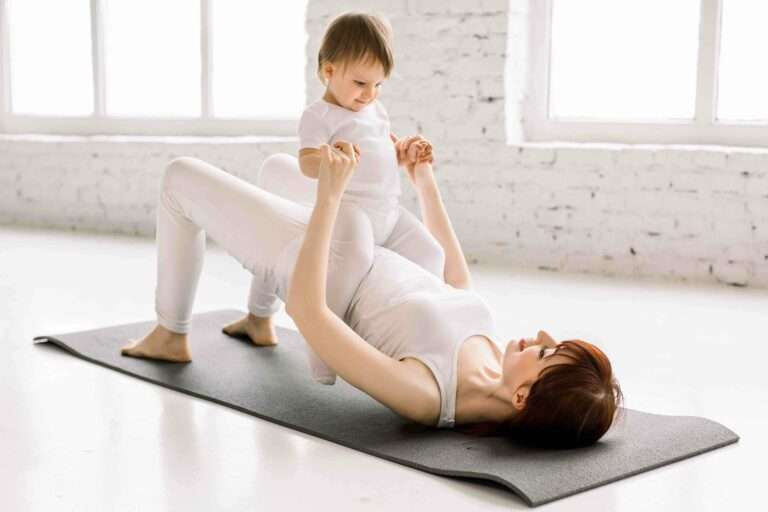 Returning to the Gym Postpartum: A Guide to Bounce Back Successfully

Maintenance Phase: What It Is — And Isn’t Build the physique of your dreams.

Our goal is to educate you throughout your journey to ensure you have a fundamental understanding of training and nutrition that gives you the tools you need to continue to maintain progress and balance in your overall health for years to come.

We are Physique Development

Physique Development is your one-stop shop for fitness coaching that enhances your life, ensures the results you’re after, and helps you (finally) get out of your own way.